A new patch for The Witcher 3: Wild Hunt will arrive tomorrow, August 30, alongside the launch of the RPG's Game of the Year/Complete Edition, CD Projekt Red has announced. People who buy the new version of the game won't need to install the update, as it comes pre-loaded.

This patch, 1.3, is not the biggest or most substantial for the game, but it does include some welcome-sounding updates and improvements. The full patch notes were published today [PDF] and can be seen below.

New Witcher 3 Patch Coming Tomorrow, Here's Everything It Adds, Changes, and Fixes August 30 is a big day for The Witcher 3.

Starting off, there is one character update. Dwarf banker Vimme Vivaldi is now 'sporting a fresh look,' though there is no word on what this really means. I guess we'll find out tomorrow.

The Witcher 3's newest update also fixes a problem where two NPCs from the 'Without a Trace' quest were impossible to defeat. Additionally, the Rabid Rock Trolls near the Dun Tynne crossroads are now 'slightly less rabid' when playing on the 'Just the Story' difficulty level. The update also fixes a problem where your horse Roach's tail could vanish.

Additionally, there are GUI changes/fixes in this update, one of which is that PlayStation controller prompt icons have been added. Additionally, the update fixes problems related to the dismantling of mutagens in bulk from the alchemy lab.

The GOTY/Complete Edition, which will sell for $50, includes the base game and all DLC, including the Hearts of Iron and Blood and Wine expansions.

In other news about The Witcher, developer CD Projekt Red has announced its financial results for the first half of 2016. Sales are down significantly, no doubt due to the tough comparison to last year when The Witcher 3 launched. 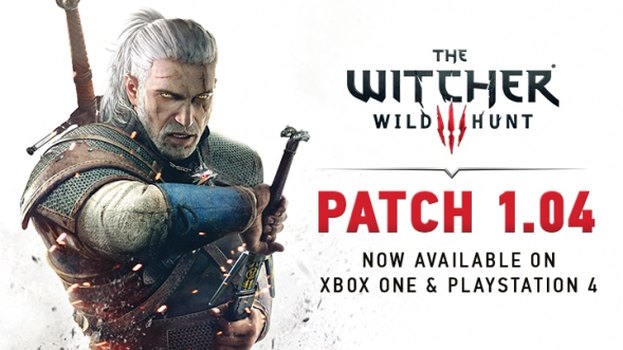 As compiled by NeoGAF