Moto Racer 3 encompasses five different motorcycle disciplines -- Trial, Freestyle, Traffic, Motocross/Supercross, and Speed -- with each offering Practice, Time Attack, Competition, and Friendly Race modes on three different tracks (a total of 15 in all). Balance, agility, and concentration are the hallmarks of Trial, wherein players are expected to navigate a makeshift structure, carefully surmounting obstacles and reaching predetermined checkpoints without falling off the bike or coming into contact with the ground. Freestyle competition, on the other hand, merely challenges players to perform the most outrageous tricks and stunts possible.

Motocross and Supercross events are analogous to their real-life namesakes, with riders competing in outdoor and indoor dirt arenas, while Speed is reminiscent of MotoGP, pitting players against several AI opponents on lap-based circuits across the globe. Traffic lets players take to the busy city streets of Paris. Starting out, players are able to customize their rider and choose from the initial selection of bikes. By winning the aforementioned events, credits are earned that can be used to unlock new tracks and bikes. Moto Racer 3 supports online play for up to eight players, allowing gamers to compete against one another in Motocross/Supercross, Speed, and Traffic disciplines.

The ideas behind Moto Racer 3 are good, but in the attempt to mix all kinds of motorcycle racing games into one product, they seem to have left out a lot of the fun.

Like most racing games out there, you'll need to race through the various tracks that are given to you at the beginning of the game to open up locked content like other tracks and bike options. I unlocked everything in a day without too much effort on my part. And then I lost interest. I played through every track in every category of racing and placed first in easy, medium, and hard in almost all of them. There's really not that much left for me to do at this point, which is fine because I really don't have any interest in trying. Perhaps the worst thing about this way of unlocking tracks is that it isn't based on any career mode or championship mode of play. Every race is something different; you never feel like you're striving to keep up with a couple of the computer-controlled racers in particular... basically there was never a feeling of immediacy to win like you would find in Superbike 2001.

This isn't to say that the game is terrible, because it isn't, but it tries to be too many things. It's like McDonalds trying to make salads, rib sandwiches, chicken, fish, and whatever other McFood they pawn on you with everything involved suffering for the lack of specialization. Each of the modes of play is kind of fun. But none of these modes are done well enough or extensively enough for you to really be able to sink your teeth into them. Crossing racing types all the way from street racing to the slightly tedious trials and motocross is a difficult task I suppose, but if you aren't up to the challenge, then don't start.

There are five race types in total through Moto Racer 3 with only three tracks a piece. That makes only 15 tracks total... that's way too few. There were over 30 in the last Moto Racer game, why downgrade your game instead of upgrading? It would be like going from Christopher Reeve as Superman to Nick Cage as Superman or something silly like that. Along with the fact that there are only the 15 tracks total, and there's no option to reverse the tracks, change the weather, change the time of day (hell there's barely any options to switch the difficulty).

The tracks that are there aren't bad however. The motocross and supercross tracks are suitably interesting with plenty of twists and turns to keep you on your toes, the speed courses are certainly designed with some nice thought, and racing through the streets filled with unintelligent drivers that fanatically switch lanes is actually pretty fun. I just really wanted more of them. And I wanted to be able to change around the realism of the physics engine. One of the things I liked about Superbike 2001 (still one of the best racing games on the PC) was that you could customize everything so much. Beginners could have a chance to actually stay up on the bike while those with more experience and the temperament for it could delve deep into the options for super-realism. You just can't do that here, and those racers looking for an even slightly realistic experience will be pretty disappointed at the results.

The races seem relatively easy (even on hard) for many of these reasons. The main one being that it's damn hard to crash. Sure, if you hit a car going 140 or slam into a wall straight on at high speeds, you'll fall over. But most of the time, running into curbs, or sliding on dirt in the speed courses, or turning and hitting a wall (which will actually just straighten you out on the track) in motocross, will just slow you down, and will barely even do that a lot of the time. Even in purely arcade games like Motocross or Midtown Madness, I expect more realism than this. I felt like the game permanently affixed training wheels to whatever I happened to be racing on.

The only places I crashed often in a run were the stunt and trial courses. The trial courses because you have to make it across elevated paths made of objects without falling on the ground and the stunt courses, which is mainly because the stunts were so difficult to pull off. I'm not sure what they were thinking when they mapped the controls for this, but actually completing a stunt is more trouble than it's worth and you can't re-map the control of the trick commands. You can pull things off with your controller, but I found it even more difficult to get things to work than using the keyboard. Talk about sucking the fun out of something... 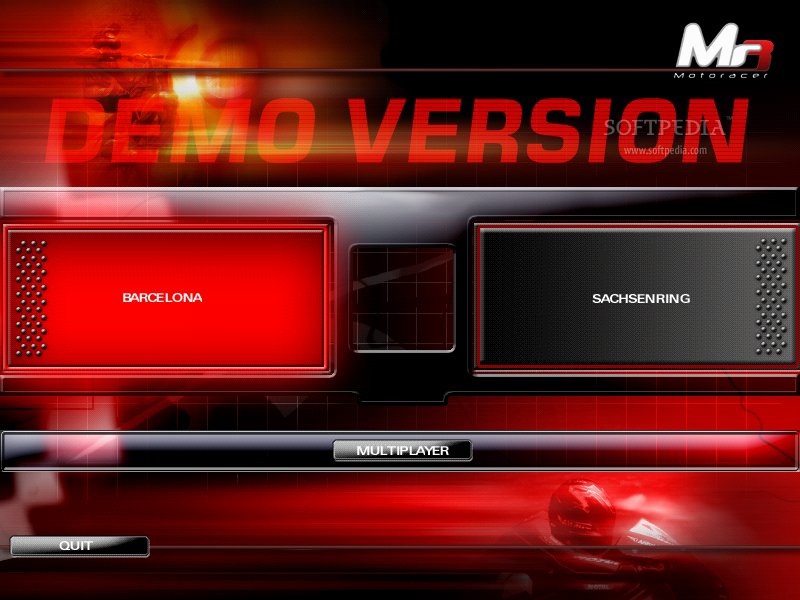 Graphically, Moto Racer 3 swings both ways. At times, you can really be taken in by some of the smoother textures and interesting city streets. At other times, you wonder how long the art team was on vacation for. For instance, watching a replay of your run through a trial mode that tests how well you can handle a bike in cramped situations can actually be considered a treat. The rider will move around realistically with every move that you made and the bike will react with the right amount of shocks as well. But then, later, when you get a medal in some race or another, everybody on the podium looks exactly the same. And to make it worse, your face on the podium is completely different than when you're on the bike. Sure, it's a nitpicky thing, but there are other little things like this all throughout the game. On the other hand, the bike models, some of the motocross tracks, and the city based traffic races are all done nicely. Take all of that and add it to the tons of clipping problems, draw distance issues when playing with a Radeon 8500 video card, and serious frame rate slippage on fast machines, you get a mixed bag of tricks.

The sound is not exactly the most pleasant addition to the game either. Bike sounds are on average... well, average. And the music. Well, let's just say I would rather hear some faster and exciting music that might not threaten to put me to sleep before I was going out into a race. The menu system music is so sedate I thought I was turning into Yanni for a while.

If you're looking for an introduction to motorcycle racing, this is a pretty decent entry product. It'll give you the chance to check out all of the different kinds of racing that you can move onto in specialized games without having to learn any difficult controls. On the other hand, not a lot of you out there are going to find a lot of challenge here or a lot of replayability. There just aren't enough tracks or options to keep you coming back for more.

So when all is said and done, well, all is said and done. There's multiplayer support and a few people online to play, but for the most part, there isn't going to be too much to hold your interest. There aren't enough tracks, and the ones that are there are long enough to warrant there being so few, especially when you take into account the lack of options for weather and other track variables. The controls and physics are almost too arcadey, which is odd coming from me, and you never have any real motivation to do better than your previous efforts in the game. The tracks aren't quite challenging or interesting enough to want to spend the time to shave a couple hundredths of a second of your score like you might in other racing games. But if you're new to the genre and want a basic introduction, this may be the way to go before you move on to something else.

How to run this game on modern Windows PC? 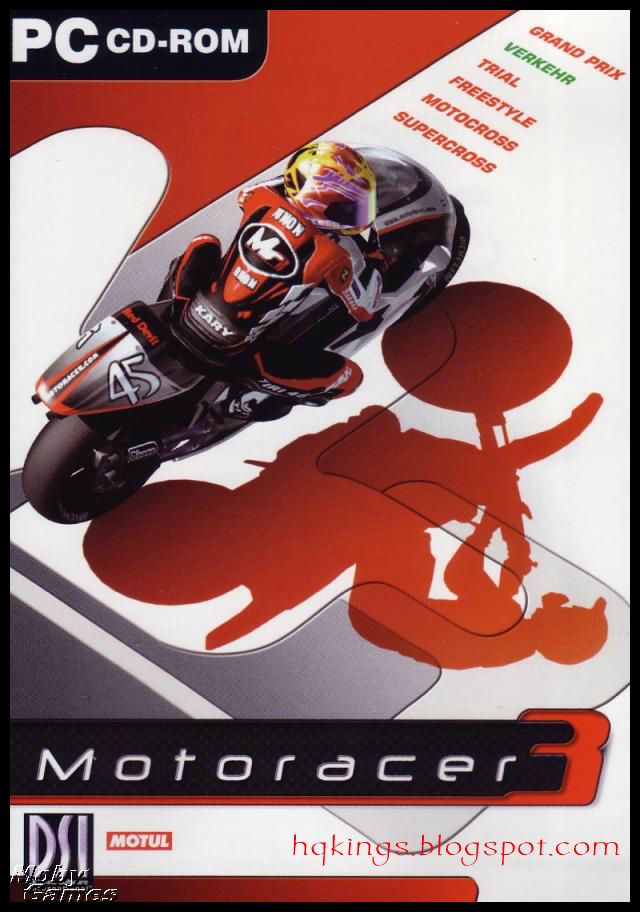