In short, the Elves are tracking, the Undead are scheming and the Alliance is crumbling.

It was a long time coming, but when Warcraft III was finally released, it more than exceeded expectations. Its narrative was brilliantly paced, and the intuitive nature of its interface made controlling the action extremely easy. In the game’s expansion, The Frozen Throne, Blizzard has packed in a massive amount of content, including huge new singleplayer campaigns.

Azeroth’s various factions are duking it out either for or against the entombed Lich King. The story is broken into three sub-campaigns, one for the Elves, Alliance, and Scourge, respectively, and chronicles the conflict from all sides over the course of 24 missions. The first campaign, starring the Night Elves, serves more to introduce a colorful new water-dwelling race, the Naga. Later the story really kicks in with the Alliance campaign. On the side we also get an unrelated bonus Orc campaign – a fun Diablo-esque hack and slash deal.

Those who found Reign of Chaos chaotic and totally dependent on machine-like micromanagement skills will feel just as left out in the cold, despite the welcome implementation of many time-savers and re-dressings. These improvements range from being able to queue multiple upgrades and waypoints to dismounting archers from your hippogryphs and meat wagons that self-generate corpses. The combat, however, becomes just as hopelessly frantic when huge armies clash.

In addition to new tilesets and a more balanced gold-wood economy, each race has a powerful new hero and can hire any of five “neutral” heroes at a tavern building. (You can still only have up to three heroes total). These new heroes are hands-down the biggest draw of Frozen Throne. Although most players will quickly settle on their long-term favorites, none feel like dead weight or an old one rehashed. Several, like the Pandaren Brewmaster, ooze so much personality you’ll soon wonder how you ever got along without them.

In addition to old units learning new tricks, each race also gets one new ground and air unit. Orc Bat-Riders bolster a genuine high fantasy air force, while Mountain Giants offer an alternative to the lumbering Druids of the Claw for the Night Elves. The human Dragonhawk Riders remind one of the Protoss’ Corsairs. Strangest of all are the Undead’s obsidian statues, which replenish either health or mana and can morph into air units called Destroyers not far removed from the Devourers of StarCraft: Brood War. 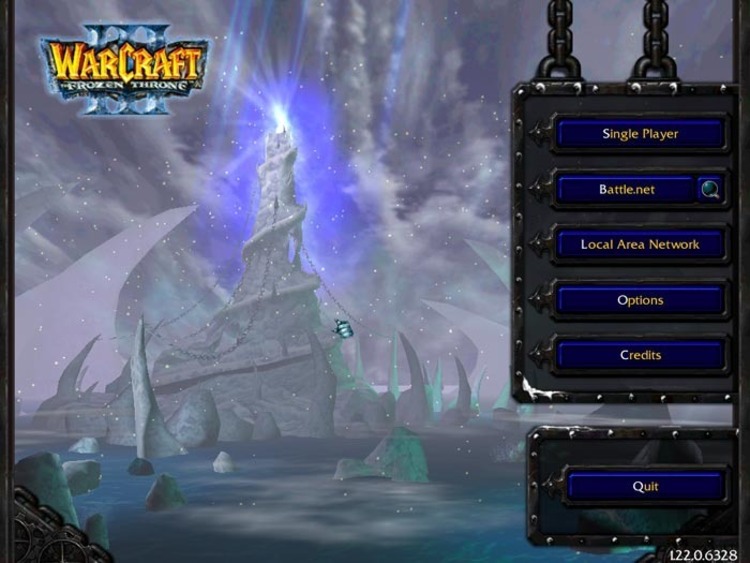 Amazingly, some annoying pathfinding bugs managed to crawl through the gaps, and they can make unit management a bit of a hassle. And Blizzard still hasn’t increased the maximum number of units you can drag/select, so moving a large force involves some micromanagement. These issues aside, the sheer amount of gaming to be found here is dizzying. Fans of Warcraft III will gleefully devour Frozen Throne. IMPORTANT: This is a download button.
Please READ THIS before downloading!

The Frozen Throne expansion opens a new chapter for players in the epic Warcraft saga. Months after the battle of Mount Hyjal, new threats appear for the war-torn world of Azeroth. Ner’zhul, the evil Lich King is imprisoned inside the Icecrown...full software details

If you encounter any problems in accessing the download mirrors for Warcraft 3: The Frozen Throne Patch, please check your firewall settings or close your download manager.

Warcraft 3: The Frozen Throne Patch is offered as a free download

Faster PC? Get Advanced SystemCare and optimize your PC.