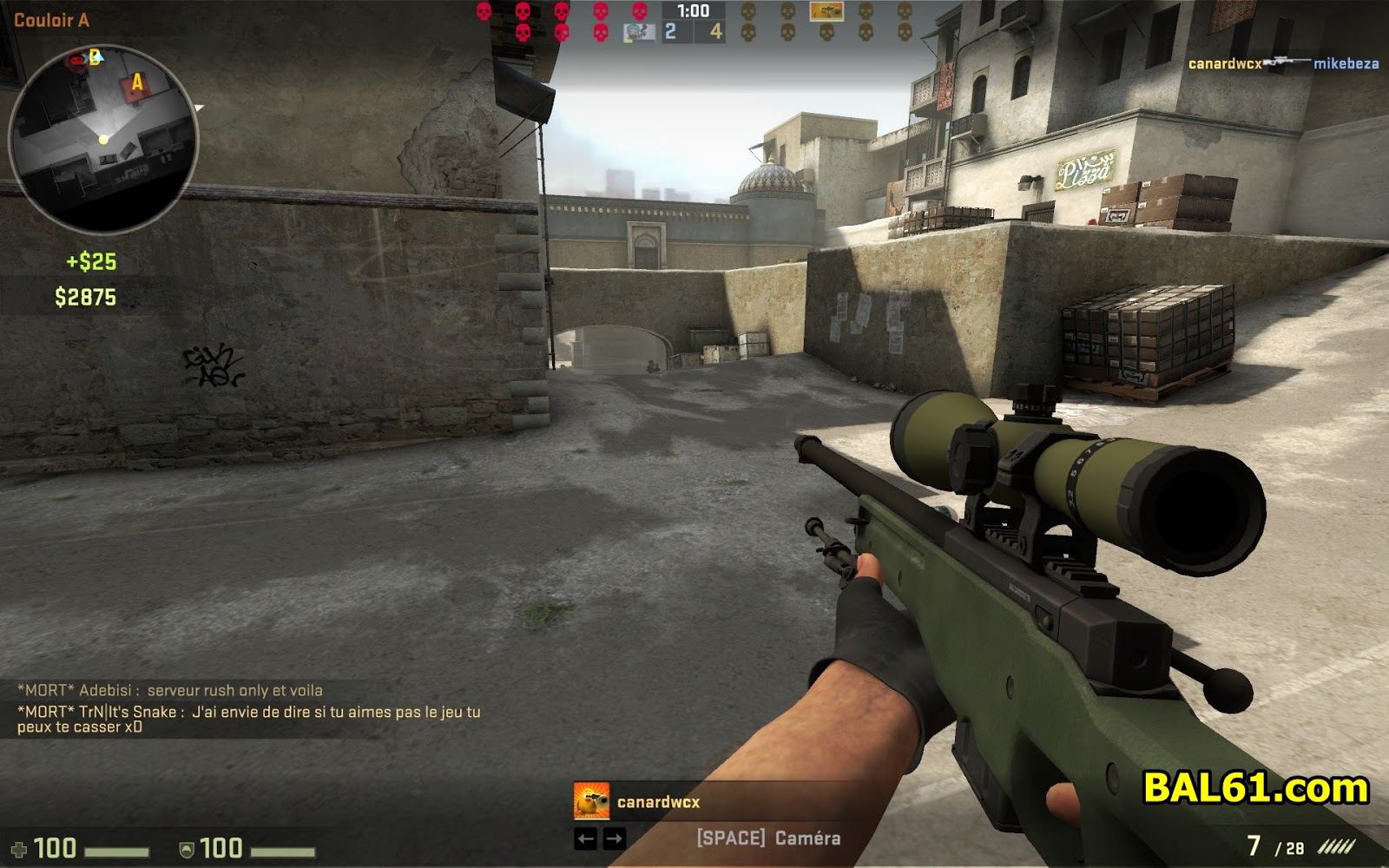 A recent Counter-Strike®: Global Offensive update, patch 1.35, has brought major changes to the first-person shooter. Notable changes include: hitboxes being changed to hit-bubbles, re-animations to the game, a nerf to the M4A1-S rifle, a buff to the Dual-Beretta pistols, and a price drop to the Zeus taser.

One of the largest issues facing the Counter-Strike scene lately has been issues with hitboxes, specifically when planting and defusing a bomb. A hitbox is the area in which the game registers hits and assesses damage to the hits. This update has changed the blocky, often malfunctioning hit-boxes into more character-esque hit-bubbles, which more accurately reflect what the in-game characters look like. Here are the changes shown for the hitboxes before and after the update:

Where you now shoot the character model should now be able to match up to the correct hit-damage assessment and make the game much smoother. After spending several hours in-game, the hit-bubbles were noticeably better. Pistol rounds now seem to be more effective, jumping shots landed more easily, and when crouching, the character models became much more accurate.

Server hit-recognition after this update has also increased, which should lead to better pro games with less issues. With the next CS:GO major tournament coming up at the end of October, this update will hopefully lead to even better competition.

This update also brought big changes to the way in which characters, and different motions appear in game. The diffusing motion, bomb planting motion, and inspect weapon motions have all been changed. This alteration also seemed to fix the issue with not being able to hit players while defusing or planting.

The new defusing animation shows wires extending from the player defusing the bomb and can be seen here in game.

The updated bomb planting animation can be seen here, it includes a player going down on one knee to get the bomb planted.

Both new animations bring a much needed freshness into a game that has remained largely the same for the past year. On top of the refreshing new look the practicality of the new animations, in letting opponents hit them while in action, will greatly improve the game.

In addition to the character animation and hitbox changes another major change in the patch was the weakening of the M4A1-S rifle. The rate of fire, base spread, and armor penetration of the weapon were all lowered. On the other hand, the price was also lowered from $3200 to $3100, which is reasonable due to the aforementioned nerf.

In relation to the M4A1-S’ new ballistics in relations to the M4A4, it now has a slower rate of fire by six rounds per minute (60 RPM), lower armor penetration by 7.5-percent (62.5-percent), recoil control by 3-percent (73-percent), but maintains equal accurate range, reload speed, and damage.

This nerf was most likely done to try to create more balance between players choosing to use either the M4A1-S and M4A4 during a game. Lately in the pro scene, many players have used the M4A1-S, and this patch may change that. The difference, although slight, now favors using the M4A4 at distance and against armor. This change may end up greatly affecting player rifle choice while on the Counter-Terrorist side of matches.

Previously before this patch during the Counter-Strike Birthday Patch, the Zeus taser price was lowered to only $100 from $400. During this time, the Zeus was in much larger use as it was more economically viable, especially during pistol rounds.

After just a few days, that patch ended, leading up to this patch. Zeus-usage once again declined. In order to make this weapon cost-effective and usable at all, the price has once again been lowered to $100, except this time it is not a limited time birthday promotion. This price drop figures to change the Zeus from an expensive one-shot weapon to a viable knife alternative.

The Dual Berettas lately have seen very low usage competitively, and Valve set out to change that in this 1.35 patch. The range modifier and armor penetration of these akimbo-fired weapons were increased, leading to a slightly more balanced pistol in relation to the others. This could lead to a few competitive players utilizing Dual Berettas in “pistol round” and in “eco-rounds.”

What are your thoughts on the recent Counter-Strike®: Global Offensive update? Let us know in the comments. Follow us over on Twitter – @eSportsNation for more event coverage.

Counter Strike Global Offensive PC game is a multiplayer first-person shooter PC game. Which has been released in ISO format full version? You can play this game on your console very easily. It was developed by Hidden Path Entertainment Valve Corporation and published by Valve Corporation and released in August 2012. This game is very popular between the gamers and teenagers so it is also launched for Xbox 360 and PlayStation 3. The game plays in between two teams against each other: the Terrorists and the Counter-Terrorists. Both sides are tasked with eliminating the other while also completing separate objectives. The Terrorists depending on the game mode must either plant the bomb or defend the hostages. The Counter-Terrorists must either prevent the bomb from being planted or rescue the hostages. There are six game modes all of which have distinct characteristics specific to that mode.

Counter Strike Global Offensive PC game allows the players to play on dedicated Valve servers as well as allowing members of the community to host their own servers with custom maps and game modes. Counter Strike Global Offensive PC game has a competitive scene with Valve-sponsored tournaments being the premier competitive events for the game. Global Offensive received positive reviews from the gaming critics. The game was praised for its overall gameplay and faithfulness to the previous iterations in the series. The game won the fans choice eSports Game of the Year award at The Game Awards 2015.

Q1: Do I need a password to start this game?

A: Yes, you need a password to unzip the game. So, We have given the password along with the games.

Q2: Do I need to complete any survey for a password?

A: Many other websites is diverting to you for doing the survey for the password. That, a headache for you and exhaust your lot of time. But, know the value of your time and respect our users. So, we are not conducting bypass any survey. We provide you with the password.

A: Yes, it is working on PC because it is a tested game on PC. For installing this game on your PC please read the note which I mentioned below. If your system configuration does not match with the minimum system requirement then maybe you face some errors in your installation.

Summary:- Finally, we hope that you get all the information about your favourite Counter Strike Global Offensive PC game and you will enjoy on PC. We are daily uploading PC games on this website. Please support to like our Facebook page and bookmark this website for the future updates.