To celebrate the launch of Civilization VI, the devs over at Firaxis livestreamed a multiplayer session, showing off a side of the game that matters hugely to many fans but which hasn’t yet been much discussed. We got to take a look at the setup options for a multiplayer game – which included a hotseat mode – and learned that mods will be supported right out of the box.

Not sure whether to take the plunge into the depths of human history? Check out our Civilization VI review.

The livestream (which you can watch in full here) begins with host Pete Murray and lead designer Ed Beach setting up a multiplayer game. “Hot Seat”, a mode in which players take alternating turns sitting at the same machine, is clearly visible from the main menu, settling community questions (Beach explains that hotseat mode was used internally to set up and test different scenarios).

The same options as in the single player setup screen are available on the next page, including the new “Online” game speed, which doubles the game pace and is intended for multiplayer. For the first time, though, there’s a button in the single-player menu that’salsoavailable here. It’s a big, shiny button on the bottom-left of the screen, labeled “Mods”.

This page was last edited on 26 May 2018, at 19:39. Content is available under CC BY-NC-SA 3.0 unless otherwise noted. Game content and materials are trademarks.

One of the things that Firaxis basically nailed about Civilization V was mod support in single-player. Smoothly integrated with the Steam Workshop via the main menu, mods were easy for players to grab, and a toolkit bundled with the game led to the flourishing of a vibrant modding community, which ensured the game’s constant presence in the Steam top ten.

Enabling mods in multiplayer though, was so awkward and potentially disruptive to your game that many players don’t even know it’s possible (there’s a guide here, if you’d like to give it a try.) In Civ 6, there’s an option to enable multplayer mods right there in the menu. Better yet, once the host enables a mod, it’s automatically pushed to the guests – they don’t need to go and grab the mod manually.

The reason for this, explains Beach, is that mods were Firaxis’s own solution to their two main goals for multiplayer in Civ 6. Recognising the perennial challenge of Civ multiplayer – that is, each game takes dozens of hours and must be played over several sessions, meaning many matches never get finished – they wanted a way to make sessions shorter, yet victories still feel meaningful. 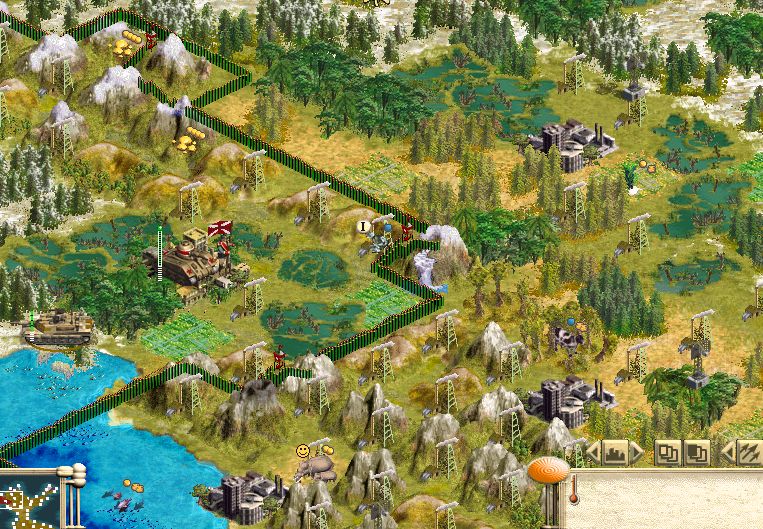 Mods are the answer, enabling players to create their own scenario games with specialised victory conditions. Three scenario mods are bundled with the game and ready to go as soon as you load it up:

These three mods will be in the game at launch, but for community-made mods to be useable, Steam Workshop’s integration with Civ 6 needs to be up and running. Firaxis didn’t have an estimate for when this will be ready, but now that the game is officially out, it shouldn’t be long.

Naturally, you don’t have to play with mods, and can still play a conventional game, save it when your filthy casual mate has to go to bed because they have a family to feed or whatever, and pick it up again later, just as in Civ 5. Note that there’s been no mention of a Pitboss mode, in which a dedicated server can be set up to run the game in perpetuity, with players connecting and disconnecting as they wish without the AI taking over their civ after they leave (which was the default in Civ 5 and made running long multiplayer games tricky.) Pitboss was added to Civ 5 in the Brave New World expansion, so hopefully it won’t be long before it makes its return to Civ 6.

Posted by
Lead Designer of Vox Populi
4 years ago

Hello, everyone! Gazebo here. I am the lead designer of the Community Patch Project, which includes the Community Patch and the Community Balance Patch. This is one of the largest community endeavors to date for Civ 5, yet the project's presence on /r/civ is relatively small compared to the project's install base (over 12k, as of my last query). Since May, however, the number of private messages and assorted questions I receive on reddit about the Community Patch Project has increased rapidly. As many of these questions are similar in content, I feel it prudent to open up a curated thread where users new and old can ask/answer questions about the project. Ideally such a post could be stickied (or linked in the sidebar) to save users or potential users of the mod time and energy searching for answers, however I understand if this violates /r/civ's moderation policy. In any case, let's get started.

First off, a little housekeeping:

Now let's get into the project itself. It is important to distinguish between the Community Patch and the Community Balance Patch:

I welcome any and all questions about the project. I have linked this post to the civfanatics subforum so that veterans of the project can help field questions.

Lastly, I want to thank the community for helping me with this project - we have come a long way in the past year, and I have the community to thank for that!