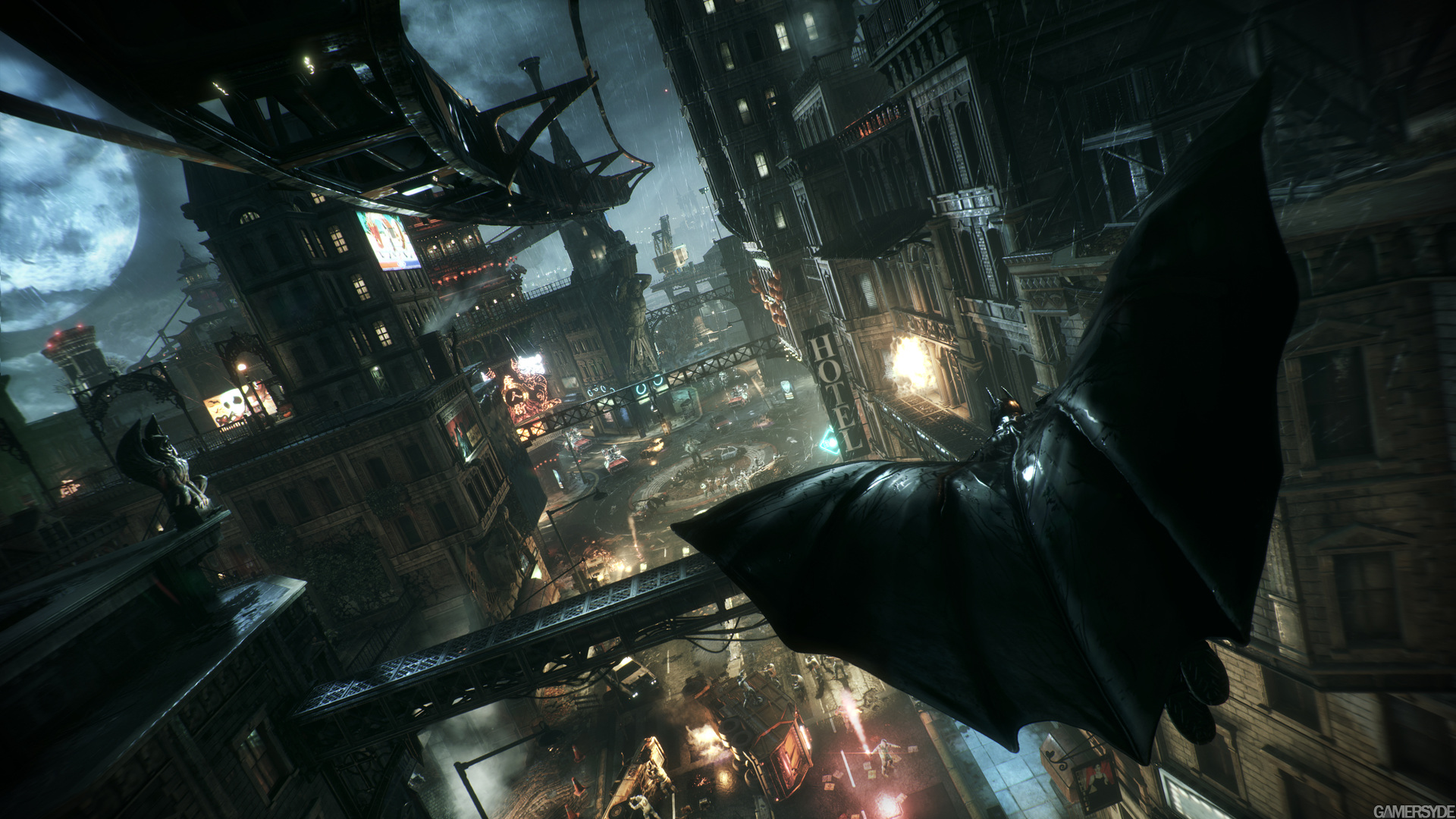 After being pulled from Steam in June, the PC version of Batman: Arkham Knight is back on sale. But despite a number of patches, it seems there are still a few problems. Hitching and low frame-rates are still plaguing some players—especially those with SLI/CrossFire setups, and anyone running Windows 10 with less than 12GB of RAM.

I seem to be one of the lucky ones, though. I’ve just finished reviewing it for PC Gamer (review coming soon) and I had no problems, bar a few sporadic frame-rate drops when the screen got really busy. This was on a PC with a 4GB GTX 970, an i7-950 CPU clocked at 3.0GHz, 16GB of RAM, and Windows 10.

I played 25 hours at 1080p with everything but the NVIDIA GameWorks settings maxed out, and it maintained a steady 60fps throughout. Compared to my first attempt to play the game when it was first released, it’s a massive improvement. But everyone’s setup is different, and others are finding the game unplayable.

I tested the game on another PC, this time running a 2GB HD 7890, an i5-3570K CPU clocked at 3.40GHz, 16GB of RAM, and Windows 10. The significantly weaker GPU meant I had to knock most of the settings down and disable a few of the fancier effects to maintain 60fps, but when I did, it still looked decent and ran smoothly.

But then I pulled one of the RAM sticks out, reducing my total to 8GB, and suddenly the game was marred by constant hitching and frame-rate drops. Before it was playable—even on that ancient 2GB GPU—but now it was stuttering like mad: whether I was gliding around the city or driving the Batmobile.

So if you’re running Windows 10 and have less than 12GB of RAM, you might want to avoid the game for now. The developers said as much in this Steam announcement. They also said Windows 7 machines may suffer the same performance dip, but that restarting the game would fix it. Not ideal, but at least (temporarily) fixable.

It’s a shame, really. Batmobile aside, Arkham Knight’s an enjoyable end to the Arkham series, and the port is distracting from that. After the embarrassment and expense of having to pull the game from Steam, I was expecting more. It was fine for me, but other people haven’t been so lucky. Forums and subreddits are ablaze with angry, disappointed players, and the game’s reputation is suffering once again.

“I've got an HD 7750 and I’m getting 20-30 FPS at the lowest settings, as opposed to the 9-17 I was getting before the patch.” says one Reddit user. “I have an i7-6700K, GTX 980 Ti (6 GB), 16 GB of DDR4 RAM, and a new SSD, and I can play at 1440p/60 FPS with everything maxed except the GameWorks settings.” says another. So it seems the performance varies wildly between machines: often the signature of a badly optimised port. But with so many different reports, it’s difficult to pinpoint exactly what kind of hardware configuration will work best for the game.

Hopefully further patches are the on the way, especially for people who use SLI/CrossFire. The controversy surrounding this release has been pretty severe, and shows no signs of fading. What about you? What are your specs, and how does the game run on your PC? Let us know in the comments.