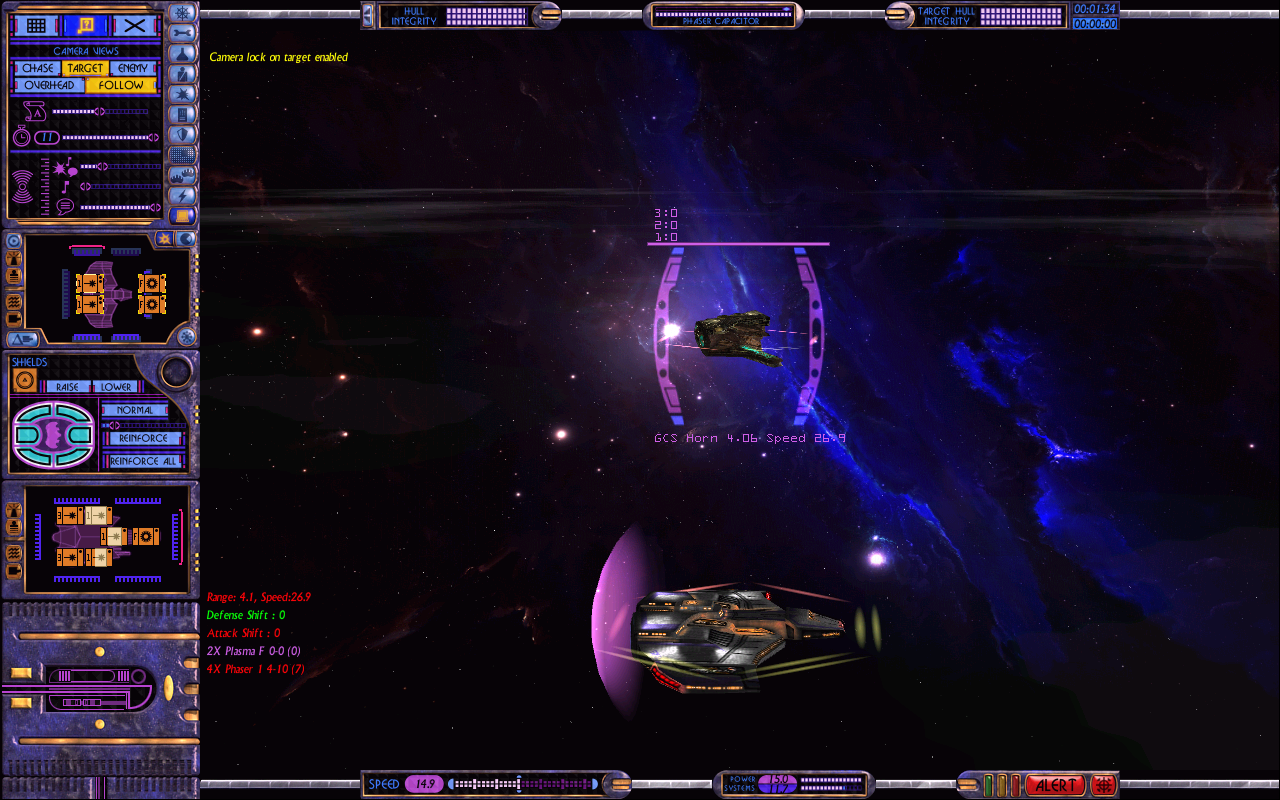 That depends on your definition of 'better'. If you mean easier and simpler with slightly better graphics - then yes.
If on the other hand you want a more advance game, with more powerfull weapons where a very large ship *can* and *will* obliterate small ships in seconds - then no, in that case SFC2 is 'better' than SFC3. As I tried to explain in my prevous post, they made the game more arcade-like by reducing the tactics. For me, SFC3 doesn't feel like an 'upgrade' to SFC2, but more like a 'new game based on the same idea'.
In SFC3 the largest ship can not take down a small ship easily. The games are to 'weighted' for my taste.
One example: In SFC2, when a weapon takes damage, it stops working until repared. This goes for both you and the enemy. In SFC3, they must have thought that dead weapons could discourage players, and so damaged weapons only blinks and then goes back online at reduced power.
This may sound like 'ok' if you haven't tried it, but it goes both ways, so consider this: When you finally get all your heavy plasma torps aligned for a perfect shot through a damaged shield - what will you prefere? (SFC2): That the enemy takes a satisfying amount of damage that effectively removes all of his weapons pointing towards you... Or (SFC3): His weapons flashes a couple of times and goes online again after which he fires back at you...
I prefere the first. If you don't mind, try SFC3...
This is of course my personal opinion, based on I've bought and played both games - but I've always reverted back to SFC2 :-) That said, there are some new features in SFC3 I really miss in SFC2...